Since 1998 the biggest showcase for softball doubles has been the men’s, women’s and mixed doubles events at the Commonwealth Games.

Squash was entered as a medal sport at multi-sport international events including the Commonwealth Games and Asian Games of 1998.

In September 1998 squash is played for first time in the Commonwealth Games in Kuala Lumpur, Malaysia. 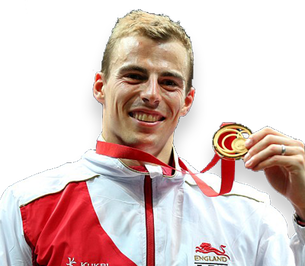 Australia is the most successful squash nation in Commonwealth Games history with nine gold medals, one more than England.

Squash ranked 4th in the medal winning table for Australia at the Commonwealth Games from medals available to win.

Squash has appeared at the Commonwealth Youth Games on two occasions: Edinburgh 2000 and Samoa 2015.

Squash is a fast-paced indoor sport, and members of the Commonwealth figure predominantly in the world of squash.

The longest match on the opening day of 2014 Commonwealth Games in Glasgow produced one of the most popular wins when Scottish number one Alan Clyne battled back from 2/1 down to beat Indian Harinder Pal Sandhu to claim a place in the last 16.

Michelle Martin won 2 Gold medals in the 1998 Commonwealth Games in Kuala Lumpur, Malaysia, in the Women's Singles and Mixed Doubles with Craig Rolland.

The Commonwealth Games Squash competition is for five gold, in both singles (men and women) and doubles (men, women and mixed) events. Singles events will involve a knockout draw, with the best two players progressing to the gold medal match, while eliminated players contest consolation games throughout the tournament. The doubles competition involves a round-robin with successful teams qualifying for the knockout medal rounds.

Australian players Sarah Fitz-Gerald and Natalie Grinham won gold in the women’s singles in 2002 and 2006 respectively. 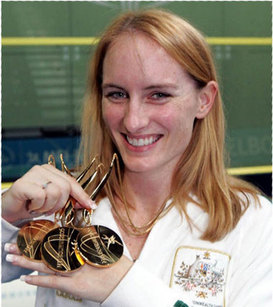 Malaysian player Nicol David won gold in the women’s singles in 2010 and 2014.

The idea of a united sporting event amongst the Commonwealth nations was first thought of on the lines of the Olympic Games in the late 1800s. As a precursor to the eventual competition, the 'Festival of Empire' was held in 1911 to mark the coronation of King George V and tis game saw teams from Australia, Canada, South Africa and the United Kingdom competing in events like boxing, wrestling, swimming and athletics. The first Commonwealth Games, known as the British Empire Games at the time, were held in Canada in 1930 in Hamilton, Ontario. The driving force behind the event was Canadian athlete 'Bobby' Robinson, who was a major player within athletics in Canada at the time. The first Games included 400 athletes from 11 countries taking part in 6 sports and 59 events.

A unique characteristic of the Commonwealth Games is being the only Games which share a common language. All athletes and officials can converse with each other in English, creating an atmosphere that has led to the Commonwealth Games being long known as the "Friendly Games". The Commonwealth Games bring together nations from different continents under one roof sharing the family spirit of the same historical moments, experiences and links that go beyond cultural barriers.

The success of the first Games at Hamilton in 1930 provided enough incentive to make them regular. Since 1930, they have taken place every four years except for 1942 and 1946, when they were disrupted due to World War II. The Melbourne Games are the 16th to be held. From 1930 to 1950 the Games were known as the British Empire Games, then the name was changed to the British Empire and Commonwealth Games until 1962. From 1966 to 1974 they had the title of British Commonwealth Games and from 1978 onwards they have been known simply as the Commonwealth Games.

​Initially support for the games was forthcoming from England, Scotland, Wales and Ireland, and as a result strong teams were sent to Canada from those countries. Teams also came from Australia, New Zealand, Bermuda, British Guiana, Newfoundland and South Africa. The events at this meeting comprised track and field athletics, swimming, rowing, boxing and wrestling, and lawn bowls.

From 1930 to 1994 only single compettion sports had been on the programme. In 1998 team sports were introduced with nations taking part in cricket, hockey, netball and rugby. In 2000 the Commonwealth Youth Games became open to athletes 18 years and under providing excellent opportunities for young aspiring athletes.