There are 1.6 million American players, and more than 20 million worldwide, according to US Squash.

Types of shots played - Although not a fact, I believe it is interesting.

In squash, there are many types of shots played that lead to interesting games and strategy.

In one hour of squash, a player may expend approximately 600 to 1000 food calories.

In 2003, Forbes rated squash as the number one healthiest sport to play.

According to the Australian Sports Commission, 108,300 people play squash on approximately 3,500 courts. This suggests approximately 31 players per court.

Probably the most successful Squash nation of all time, Australia, had its Squash seed planted through contact with the military.

Although the first Squash courts in Australia were established in 1913, at the Melbourne Club in Victoria, there was no official Squash association until 1934 although top players had been engaged in ad hoc club tournaments since 1927.

PAKISTAN – BIRTHPLACE OF CHAMPIONS
Of all the nations where Squash is played, Pakistan is the greatest enigma, producing a succession of amazing Squash champions from a country where there are still less than 500 courts.

​Squash is played in some 185 countries, on nearly 50,000 courts, and the WSF now has 150 Squash playing National Associations in membership.

The Titanic had a squash court, and professional Fred Wright went down with the ship.

Squash has been around since 1830, when it was invented by students at the Harrow School outside London. (Upper class prisoners in the London debtors' prison had previously played a similar sport, rackets, which involved hitting a ball against walls with rackets to get exercise, according to the World Squash Federation.)

The first players used rubber balls, which, when hit, squashed against walls (hence the name "squash").

It's been voted the healthiest sport to play by Forbes magazine based on cardiorespiratory endurance, muscular strength, flexibility, muscular endurance, calories burned, and risk of injury.

The late Rainier III, Prince of Monaco, played squash every day for many years.

Squash provides a good upper and lower body workout because of the usage of both the legs and a player has to run around the court and it is also a good work out for the arms and torso because of the swing a squash player makes.

The United States has the fastest growing squash players in the world.

Although Squash is not part of the Olympics, it is very much part of the Commonwealth Games, the Asian Games and Pan American Games.

Jahangir Khan of Pakistan is considered to be the greatest squash player ever in the history of the game.

HOW MANY STOPPAGES ARE THERE?
This question has been tackled by Roy Gingell, head of the WSF Referees’ Committee (with a little encouragement from Squash Player). At last year’s PSA World Championship he briefed the referees, collected the data and we present the results here:
REFEREEING DECISIONS Tournament: 2014 PSA Qatar World Championship
Matches: 79 (including qualifying)
Total points: 4,983
Total minutes: 3,729
Lets: 920 (62%)
No-lets: 267 (18%)
Strokes: 305 (20%)
Total decisions: 1,492
Average points per decision: 3.34
The full statistics can be downloaded from squashplayer.co.uk/rules"

WHY ARE PLAYERS STOPPING?
Again no one really knows. To answer this question we need to do some analysis. Are players stopping for safety reasons, because they genuinely can’t play the ball or because they are seeking an advantage – i.e. to get lets in difficult situations or to try and win points from the referee?

For years there was a so-called ‘tough’ refereeing policy. Sounds good, doesn’t it? It was about as good as giving a footballer a penalty every time they dived in the penalty area. In squash this ‘stroke hunting’ under the ‘easy stroke’ policy is still manifest in several areas:
As well as the cardio workout, squash helps to develop balance, hand-eye coordination and all-round flexibility.

The type of ball you use is decided by the level you play at. A blue ball is for the beginners and a black ball with 2 yellow dots is for the experts!

"Famous people about Children's Squash: Interesting Facts & Ideas
Nicol David (born August 26, 1983) is, and has been, the female world #1 for about 3 years now. From Malaysia, she has won a number of gold medals and championship titles starting at the age of 14. Natalie Grainger has recently ended David’s streak of over 50 unbeaten professional matches.

Peter Nicol, MBE (born April 5, 1973) Nicknamed “The Boss”; he was the first UK player to hold the world #1 ranking. Nicol was known for being completely unflappable during a game and continuing the play until his opponent made the first mistake. Having spent a total of 5 non-consecutive years at #1, he has achieved 52 recognised title wins.

Canadian, Jonathon Power (born August 9, 1974) is another former #1 player, achieving 36 recognised title wins throughout his career. Power and Nicol boast the most famous rivalry in the sport’s history, meeting many times in tournament finals. By letting his emotions show during a game, Power has been dubbed squash’s answer to John McEnroe.

Jahangir Khan (born December 10, 1963) is another former #1, this time from Pakistan. He is considered by many as the greatest player in the history of the game and has put David’s winning streak to shame with 555 consecutive wins, giving him the Guinness World Record for most professional sporting wins ever. Now retired, he serves as the president of the World Squash Federation.

Tom Cruise (born July 3, 1962) Cruise may not have won any medals, world ranking titles or achieved world #1, but the star has claimed to enjoy a game of squash in order to stay active. He also likes to hike, jog, sail, sky-dive, rollerblade and play tennis!"

The rate of squash injury in the general population is 18 injuries per 1,000 hours of participation.

Most squash injuries are due to acute or traumatic events (e.g. fall on court, hit by the racquet or ball). Only a small proportion are overuse injuries.

Injuries to the ankle and knee are most common. These injuries are often not severe but can limit game performance.

Common types of injuries are strains and sprains that typically occur to the lower and upper limbs, and the lower back.

Squash players are highly educated. 98% are college graduates and 57% have further graduate degrees.

Cameron Pilley (AUS) set a new World Record at Bishop’s Stortford Squash and Racketball (coincidently, Charlie’s home club in England) on May 9, 2014 when he hit a squash ball at 176 MPH.

The longest squash-playing marathon (singles) is 35 hours, 2 minutes, and  3 seconds, achieved by Darren Yates and Adam Fisher (both from New Zealand) in Perth, Australia, on April 12, 2015.

Leaping, spinning, stopping, bending, jumping, sprinting and running are just some of the moves the body has to make in a game of squash.

If you are a beginner at squash, your practice is 95% physical and 5% mental. Once physical conditioning is improved, practice becomes 95% mental and 5% physical.

Squash is predominantly a male sport (84% are male, 16% are female) and it tends to be played by people in their 20s and early 30s.

Australia has been the top placed team 6 times.

Squash ranked 4th in the medal winning table for Australia at the Commonwealth Games from medals available to win.

Australia is the most successful squash nation in Commonwealth Games history with nine gold medals, one more than England.

400 000 players registered to take part in the World Squash Day Challenge, which demonstrated global support for the sport's 2000 Olympic bid.  More than 800 clubs from over 70 nations joined in, with players representing Team Squash and Team 2020. 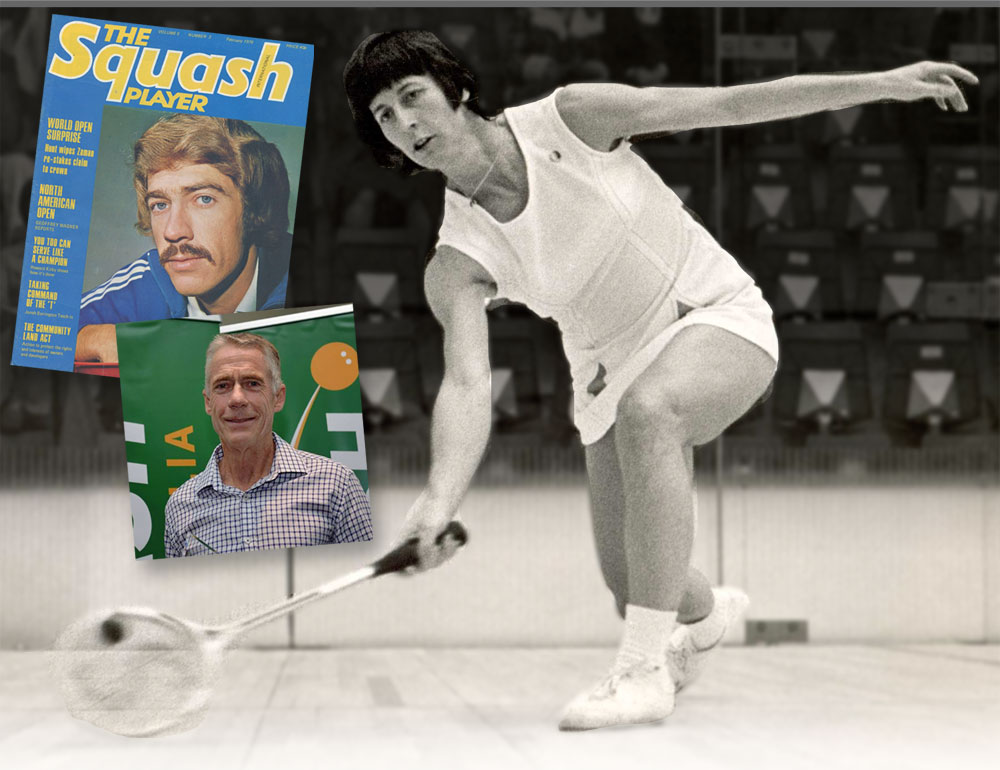 Heather McKay (Australia) was possibly the most dominant sportswoman in history.  She only lost two matches in her career and was unbeaten from 1962 to 1981.

Squash is the 23rd most popular sport in the world.

Total medals won by Squash Australia at the Commonwealth Games since 1998: 13 bronze, 8 Silver, 9 Gold for a total of 30.

283kph is the fastest recorded speed on squash ball smash.

Squash is an ethical sport.

Squash is a drug free sport.

There are more than 200,000 people playing squash in Australia.
Squash Australia was founded in 1934.

There are 768 squash centres and 1918 squash courts in Australia.

89% of people believe that sports has a positive effect on the country's reputation.

Squash can be played by all ages.  Good for physical and mental health.